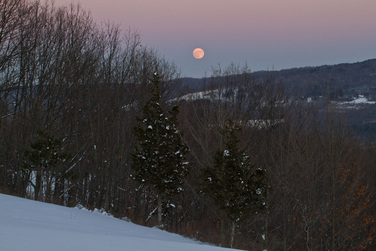 The Landis Arboretum is a public garden comprising hundreds of acres overlooking historic Schoharie Valley near Esperance, New York. Arboretum founder Fred Lape began the work of developing the Arboretum in the 1950's on Oak Nose Farm, his family homestead. With the support of a bequest from friend and colleague George Landis, Fred aimed to grow every species of woody plant from temperate regions around the world that would survive in the hills of Schoharie County.

Forty acres of the Arboretum are developed with plantings of trees, shrubs, and herbaceous perennials from around the world. The remainder of the property consists of natural areas, woodlands, wetlands, more than 8 miles of trails, and open fields. Among the Arboretum's horticultural features are a labeled collection of nearly all the trees, shrubs and vines native to New York State, as well as collections of notable trees, flowering ornamental trees and shrubs, tough trees for tough sites, conifers, and oaks. Two old growth forests and additional natural areas representing various stages of succession await visitors. The Van Loveland Perennial Garden at the old farmhouse and the recently restored Quarry Garden are seasonal favorites. Interpretive signage aids visitors in their enjoyment and understanding of the collections and ecosystems of the Arboretum.

Now beginning its second 50 years, the Landis Arboretum is a "Garden of Trees and Shrubs" in New York's Capital region. The Landiis Arboretum is a valuable cultural and scientific resource that increases each year in scope and community impact.